What’s Happening To The Price Of Silver?

Home/Uncategorized/What’s Happening To The Price Of Silver?
Previous Next

What’s Happening To The Price Of Silver? 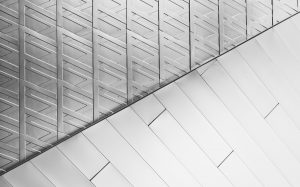 Following the Reddit-fueled trading frenzy in January that sent GameStop stock soaring “to the moon,” those same traders set their sights on a short-squeeze on silver. The investor frenzy pushed the white metal up 6% on January 28, marking the largest one-day increase for silver since August 2020.

Silver’s strong performance was also buoyed by timely comments from the Federal Reserve acknowledging the U.S. economy’s weak recovery in recent months while also promising to implement policy measures to support the economy.

However, silver’s surge in popularity was short-lived, lasting only a few days and peaking at $28.64 on February 1. But just like that, silver coin sites sold-out nationwide while the price of silver dropped precipitously. d

Why did silver become the commodity of choice, even for a brief time? Some noted analysts and experts pointed out that silver has always had a populist element to it. And when you combine government suppression of inflation and economic capacity with the enthusiasm and rhetoric of the WallStreetBets subreddit, you had the perfect storm for a massive price spike.

The short squeeze craze ended on February 2, when the frenzy unraveled, the sell-off gained steam, and the white metal saw an immediate price dip. The price has remained relatively stable throughout February.

What’s Next for Silver

Many precious metals analysts are comparing nearly identical silver charts from 2011 and 2021 to predict future performance. Both charts show an “initial warming” top – which we last experienced in August 2020 – followed by a “parabolic top” – which we just witnessed with the recent buying frenzy.

Golden Peaks Gold & Silver is proud to be an honest buyer offering fair and competitive gold and silver pricing for decades. Our friendly and experienced staff has over 60 years of combined experience in the precious metals business, and we’ll take good care of you.

Even if you simply have questions about gold and silver and you would like to learn more about coins and precious metals, we would love to chat with you in our store. Come by and see us in the Bowles Marketplace in Littleton or call us today at 720-696-6750.

About the Author: Golden Peaks